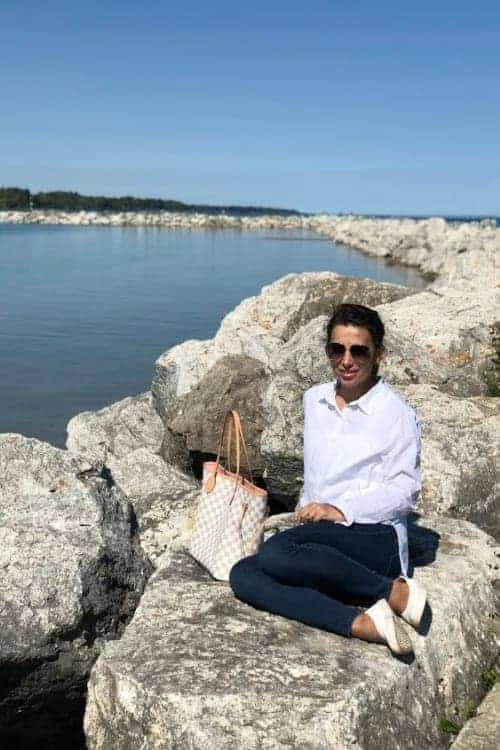 Elda graduated from Oakland University where she studied early childhood education and acquired her Teaching Degree. Her passion to help people has always been the torch lighting her path in life. Soon after finishing college she became a mom, so she sought out other ways to be able to work and be able to attend to her children’s needs. She has always had a burning passion for the beauty industry. She attended cosmetology school, did an esthetician apprenticeship (where she’s studying to become a licensed esthetician), she attended various prestigious courses throughout the World in makeup and cosmetology. Her exposure to the beauty world finally leads her to Permanent Makeup, in 2015.

She is a pioneer in Michigan for Microblading. She attended various courses and training programs in 2015 to master the art of Microblading. After vigorously studying and training for over a year in the Permanent Makeup Industry, she decided to open her little studio. That little studio was called “Fine Strokes Microblading”, she came up with the name based on the fine hairlike technique she mastered.

To give you back your freedom!  A lot of people, especially women spend numerous minutes which eventually adds up to hours, days, years, etc. dedicated to your physical beauty.  And for many, eyebrows take up quite the time.  Whatever the reasoning behind your eyebrows needing treatment we are here to help.  We are here to help you gain your confidence and time back!

Book: Wisdom of the Ages

The 2000’s, I saved all my high school clothes just in case.

That’s tough to answer, practically the everything in a girl’s closet is a necessity.

Caution: This one asks a lot of questions!

People chewing with their mouths open. It’s loud and obnoxious.

A receptionist at a children’s haircut place at the mall. (Don’t wanna mention their name)

My 6th sense, my intuition. (My husband hates that I’m right 99.7 percent of the time)

Mother Teresa – as she can teach me the value of charity

Jesus – as he can teach me the power of love

Marcus Aurelius – as he can teach me the value of humility

Andrew Carnegie – as he can teach me all about the dedication of becoming an entrepreneur.

Vinny stumbled into the world of Permanent Makeup by accident. Before becoming a Microblading Artist he held many career hats.

After finishing an accelerated IT program where he studied to become a Microsoft Systems engineer, he got a job as IT Engineer at a local Telecom company. It took him about 7 months to realize that corporate office work was not for him. He left the company to continue working for the family business in Construction. The construction business has taken him through various cities and states in the US, but the two main ones that he fell in love with were Boston and NYC.

Vinny moved to Boston in 2007 where he lived for over 2 years. After that, he moved to New York City to undertake a major project in his construction carrier. He became a Junior Project Manager for The “W Hotel Downtown” by world trade center NYC, where he worked for over two and half years. There he managed crews of 50-70 Employees in various shift hours.  His attention to detail quickly caught the attention of his superiors and he was promoted multiple times within the organization.

In 2012 Vinny decided to leave all behind and decided to start his family back in Michigan. He’s an inspiring husband and a role model father.

In 2016 he was introduced to Microblading and found out he’s got a natural gift for it. He Studied the Art of Microblading vigorously and trained for over 6 months before he was fully comfortable to perform the procedure on clients. Since then he’s performed 100’s of procedures and loves meeting new people and share stories and ideas with his clients.

He has attended various Permanent Makeup training in USA, Europe, and Asia. His favorite Microblading technique is what he coined “The American Brow”, where the eyebrows look seamlessly natural. “Your eyebrow shape should be natural and compliment your facial features.” 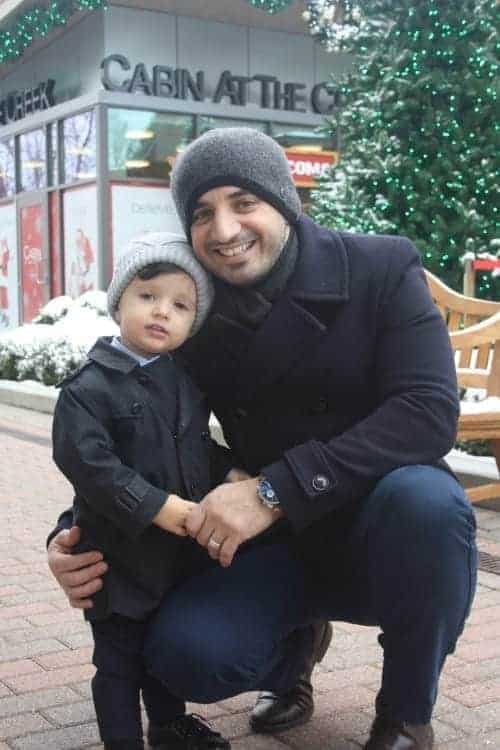 To help enhance your eyebrows, while making them look as natural as possible.

I like to think of myself being a clean person, my wife thinks otherwise.

Movie: Lord of the Rings

Song: Anything Classical, helps me relax and concentrate. Definitely not a music person though.

Book: The one that I’m currently reading, as in I enjoy all the books I read. I’m mostly into personal growth and business books.

Eh, as long as it’s comfortable I’ll wear it.

Cufflinks, can’t wear a nice dress shirt without them!

Can I choose a bird instead? I’d say an eagle, I love to explore new places and I enjoy the outdoors.

Shopping Carts. Come on people, the cart station is 20 feet away. Instead, you decided to hit my bumper with it!

Dishwasher, at a Coney Island. Learned a lot from there, the power of hard work and growth. Three months later became a line cook. The months later went back to school, and it’s been an incredible growth experience since.

I’d say smell because I’m a pretty good cook. (My wife only complains about cooking is that I don’t cook often enough)

Scotch, cigars, and a lighter.

Marcus Aurelius – he can teach me self-discipline.

Jim Rohn – I’d love to learn about personal growth from his Philosophy. 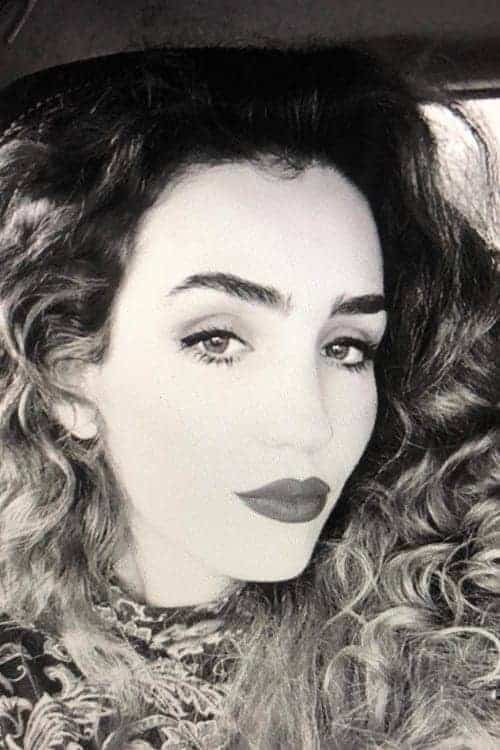 Mina attended cosmetology school in Europe and worked as a makeup Artist in Europe. She stopped working and decided to focus he full attention to her growing family. She’s a happy mother of 3 Boys (on most days), who keep her schedule filled with all their activities.

Although she stopped working in the Beauty industry, she never lost the burning passion for it. During the years she juggled her motherhood duties and her various beauty training programs that led her to Learn the Art of Microblading. She Attended the live training program in Florida at the prestigious PhiBrows Academy where she became certified.

She joined the Fine Strokes Microblading family in 2017.

To share my passion for the beauty industry with the world and help women gain confidence.

It’s hard to be clean with 3 boys

Song: I love music and listen to it all the time. Right now I really like Ariana Grande – God is a woman

Book: Parent Talk by Chick Moorman, a lot of valuable lessons there. After all, I need all the help I can get to get thru to my boys.

Hearing, I hear everything… especially when my kids are in trouble.

All I need is one, my full makeup kit.

Nelson Mandela: a man of wisdom and grace.

Angela Merkel: the most powerful woman in the world, a true leader and inspiration for women.

Leonardo da Vinci: he was a visionary and an artist way ahead of his time.

All women must wear makeup when in public. 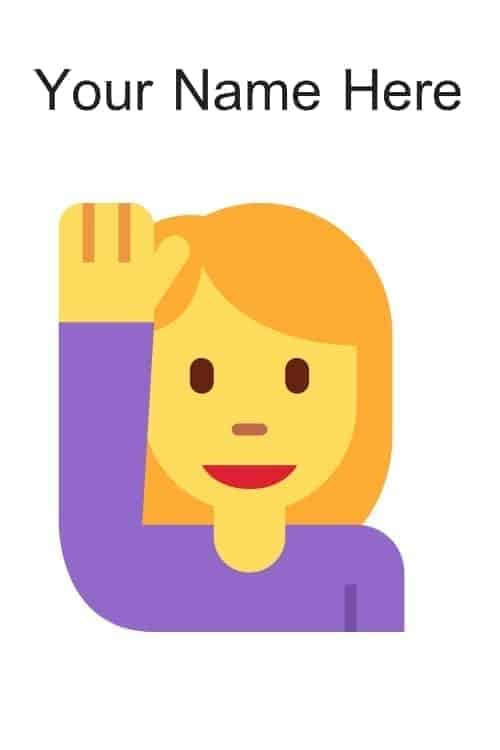 In a brief description tell us why you’d be a great fit to join our team.

SUN
We are closed

Let us help answer your questions.